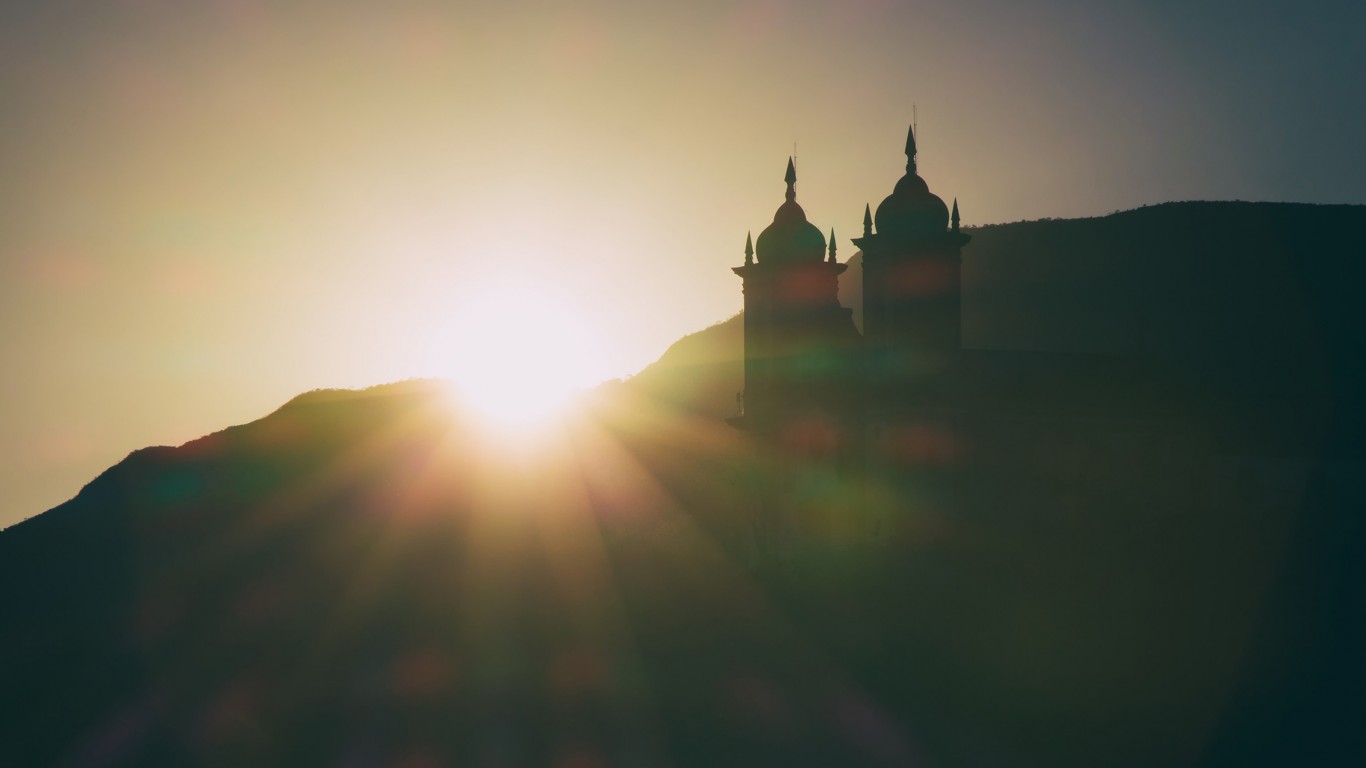 Ouro Preto is in the Brazilian state of Minas Gerais. The city, which was founded in the late seventeenth century, is located in the Serra do Espinhaço Mountains. In the eighteenth century, Ouro Preto became the hub of a gold rush. While the gold deposits have long since been exhausted, the town still has a mining industry of some importance. In 1876, the establishment of the Escola de Minas (Minas School) laid the technological base for many of the mineral discoveries that were to follow. From 1822 to 1897, Ouro Preto served as the state capital. But the government's need to expand led to its being shifted out of Ouro Preto to the modern, planned city of Belo Horizonte.